Oxytocin receptor expression patterns in the human brain across development 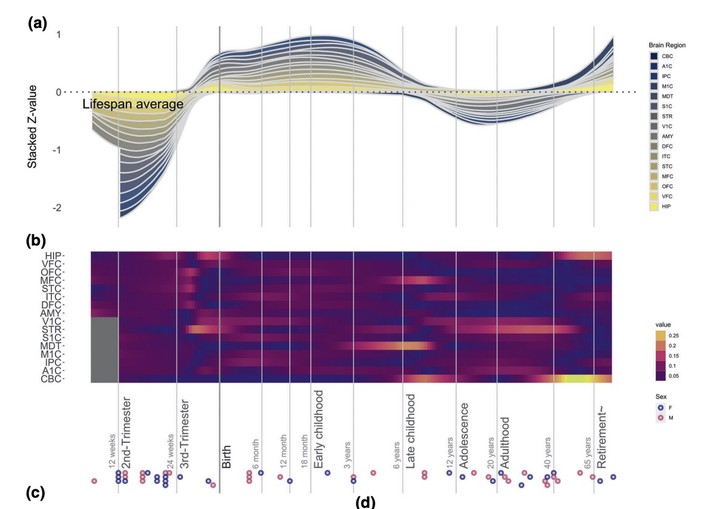 Oxytocin plays a vital role in social behavior and homeostatic processes, with animal models indicating that oxytocin receptor (OXTR) expression patterns in the brain influence behavior and physiology. However, the developmental trajectory of OXTR gene expression is unclear. By analyzing gene expression data in human post-mortem brain samples, from the prenatal period to late adulthood, we demonstrate distinct patterns of OXTR gene expression in the developing brain, with increasing OXTR expression along the course of the prenatal period culminating in a peak during early childhood. This early life OXTR expression peak pattern appears slightly earlier in a comparative macaque sample, which is consistent with the relative immaturity of the human brain during early life compared to macaques. We also show that a network of genes with strong spatiotemporal couplings with OXTR is enriched in several psychiatric illness and body composition phenotypes. Taken together, these results demonstrate that oxytocin signaling plays an important role in a diverse set of psychological and somatic processes across the lifespan